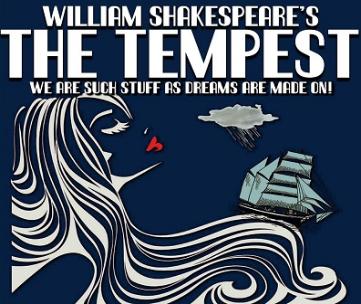 Presented by The City Theatre Company

The Tempest by William Shakespeare

“Be not afeard, the isle is full of noises…”

Trickery, romance, and revenge set the stage for one of William Shakespeare’s masterpieces, where spirits roam, magic is real, reality is elusive, and illusion abounds. In this fanciful classic, often compared to A Midsummer Night’s Dream, an exiled noble turned sorcerer uses his power to raise a fierce storm, shipwrecking a group of conspirators onto his remote island home that’s full of mysterious and magical beasts, and nothing is as it seems. There, attended by his daughter, the sorcerer leads his enemies through a fantastic dream where all must choose between vengeance and the freedom that can only come with reconciliation and forgiveness.

First written and performed around 1611, The Tempest is considered to be the last of Shakespeare’s late romance plays and believed to be one of the last plays he wrote alone. For centuries, the play was disregarded and viewed as an inferior work compared to others in Shakespeare’s collection. Before the ban of play performances in 1642, it was rarely performed and only gained popularity after the Restoration when his plays were brought back to the stage. In the twentieth century, scholars and actors alike began to reconsider the play’s value and today it is considered one of the Bard’s most well-written plays. If you’ve never seen a Shakespeare play before, this is a great place to start!

Conjure up a night of unforgettable entertainment by City Theatre Austin at the Santa Cruz Theater.