The term Convivencia (or Coexistence) refers to the time period when the three great cultures of early Spain (Muslim, Jewish, and Christian) co-existed in the Iberian Peninsula. The intermingling of the three peoples resulted in intercultural influences on all aspects of life: social, intellectual, political, and artistic.

This concert will include a talk by Professor Edwin Seroussi (The Hebrew University) and a live performance by Artistic Director, Daniel Johnson, and members of Texas Early Music Project (TEMP), a professional ensemble that has produced three CDs containing Convivencia and Sephardic repertoire: Convivencia: Love and War in Renaissance Spain; La Rosa: Sephardic Love Songs, c. 1400–1600; and Night and Day: Sephardic Songs of Love and Exile. 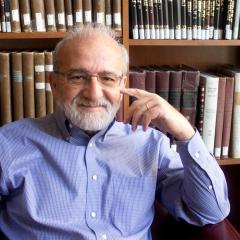 Edwin Seroussi is the Emanuel Alexandre Professor of Musicology and the director of the Jewish Music Research Centre at the Hebrew University of Jerusalem. He researches North African and Eastern Mediterranean Jewish music, Judeo-Islamic relations in music, and Israeli popular music. A pioneer in the study of Mediterranean and Middle Eastern Jewish musical cultures and traditions, Seroussi was just awarded the 2018 Israel Prize in the musicology category. He has also won the Joel Engel Prize for Life Achievement in Jewish Music Research, Tel Aviv Municipality

Dr. Seroussi received his PhD in Music from UCLA. He has held visiting professor and fellowship appointments across the globe, including at the University of Chicago, Dartmouth College, and Harvard University. He has previously served as president of the Israel Musicological Society, and as the president of the Israel Committee of the International Music Council, UNESCO.